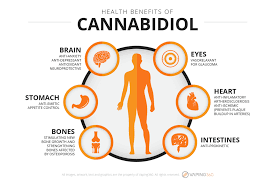 According to The Cannabis Trades Association UK at the time of the launch, there are now 250,000 users of CBD oil across the UK, which is up form the 125,000 recorded this time last year.
The oil is said to be able to treat a variety of problems.

Chris says he started feeling better when he dedicated time to the gym, but he saw real changes in his mood when he began taking CBD oil.

Epilepsy.
I found CBD because of my struggle with anxiety. I’ve always had anxiety attacks, which I used to call “Sophie stress-outs,” but things took a turn during my freshman year. I was lucky enough to get great advice from my friend and start seeing the school psychologist, who helped learn coping strategies and work through my anxious thoughts. I was still, though, having frequent anxiety attacks and going through some dark periods. Something needed to change. I had discussed going on medication with my parents, but none of us seemed very keen on the idea. I’m not sure why I was so afraid of medication. I had seen it do wonders for my friends but I didn’t like the idea of altering my brain chemistry that much.

Eventually, my mom brought up the idea of trying CBD oil. She had friends who used it every day to calm down their anxieties and they said it worked wonders. I was desperate to feel better, so with some trepidation, I decided to try it out.

I didn’t think much about the effect the CBD was having; I tried not to overanalyze it that much. A few months later I realized that I’d only had about two anxiety attacks since I’d started taking CBD every day. I had gone from one or two anxiety attacks every two weeks to one or two every couple of months. I can’t confirm cause and effect, but my only significant lifestyle change was my use of CBD. This was huge for me. Not only was I functioning better, but I hadn’t had to try to navigate insurance to get medication or do anything really drastic.
I will say, though, that the CBD oil doesn’t help me much when I’m already having an anxiety attack. By that time I’ve gone too far. It just lowers my baseline anxiety and helps me get to sleep sometimes when my intrusive thoughts keep me up. Now I recommend CBD to anyone who wants to try something different to help soothe their anxiety. It’s not right for everyone, but it’s easy to try.

Suffering for 16 years with side effects like heart palpitations, panic attacks, fear, anxiety, insomnia and memory loss, she got off pharmaceuticals and began taking Cannabidiol (CBD). “I noticed many of these negative side effects began to disappear,”

MDJunction: Forums / fibromyalgia-discussions “CBD oil has changed his life.” I wasn’t sure if I should post this, but seeing the difference it has made for my husband, I want to pass this along. I hate to think of others still suffering because nobody told them about this.

I am a complementary energy healing therapist.  Since 2005 I have studied various healing modalities and have used my knowledge to devise specific treatments using various techniques from my training to give the best treatment to myclients.

My interest in this specific treatment is due to my close family relation having been diagnosed in 2007 with fibromyalgia.